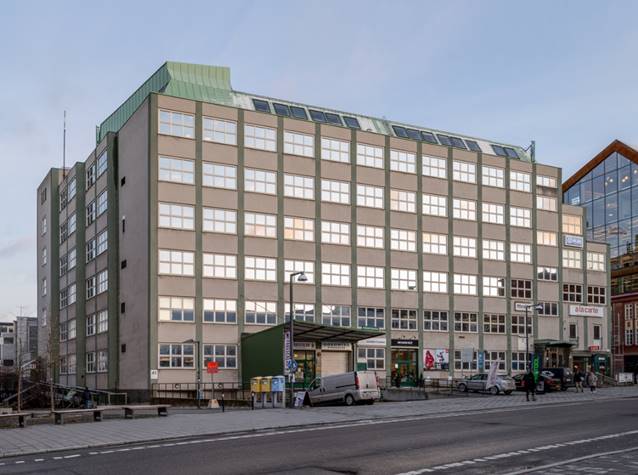 In 2018 CMNRE II Fund acquired the 10,000 sqm multi-let office property called Fabric. The property was originally developed in 1956 and situated in an area called Hammarby Sjöstad, 3 km outside Stockholm central business district in one of Stockholm’s fastest growing business areas.

At acquisition, the property benefited from a well-diversified tenant mix with stable income, but also had several value-add opportunities, including technical upgrades which could create energy and cost savings and provide great potential for future capital growth.

As part of CapMan Real Estate’s ESG work, we investigated how the property could be operated more efficiently and where we could reduce the energy burden and environmental footprint.

In H2-2019, CapMan Real Estate engaged a third-party energy expert to make a detailed energy survey of the property and its operations. The scope of the survey was to make a thorough study of the energy use and performance as well as identify how the energy usage and environmental footprint could be reduced.

Due to the strong Swedish investment market and great investor demand for the subject property, CapMan Real Estate decided to sell the property in early 2020 and achieved a great result. All identified measurements had not yet been carried out, but several ESG-investments had been completed, which included for example replacement of the central heating, installation of motion detectors, upgraded lighting and improved operational routines of the technical system. The completed ESG-investments had up until sale reduced the electricity costs by 30% during the preceding 12 months. For the benefit of the new owner, the investigations and energy studies were part of the sale package and handed over to the buyer.