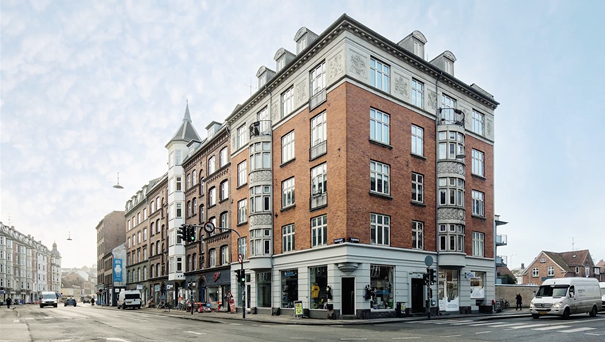 CapMan Nordic Real Estate Fund I (“CMNRE”) acquired 11 mixed residential and retail properties in Amagerbrogade through multiple distressed transactions between 2013 and 2015. Amagerbrogade is one of the main roads in South Copenhagen leading to the city centre, which has undergone gentrification.

At the time of the acquisitions, the assets suffered from 25% vacancy and were in disrepair. This was reflected in high acquisition yields. CMNRE’s business plan was to address the deferred maintenance, refurbish the façades and renovate the vacant retail units and storefronts. In addition, the team planned to modernize all dated residential units that would become vacant during the holding period, work that had been largely neglected by the previous owner.

In less than 4 years, CMNRE completed all key business plan items including the capex program and signing of 15 new commercial leases. During CMNRE’s ownership, 93 residential tenant who occupied unmodernised apartments vacated. This provided the team with an opportunity to renovate the apartments and move the rents to market level. The portfolio was exited to core investors in two separate transactions in the second half of 2017. NOI uplift created by CMNRE between the acquisition and exit was 140%.