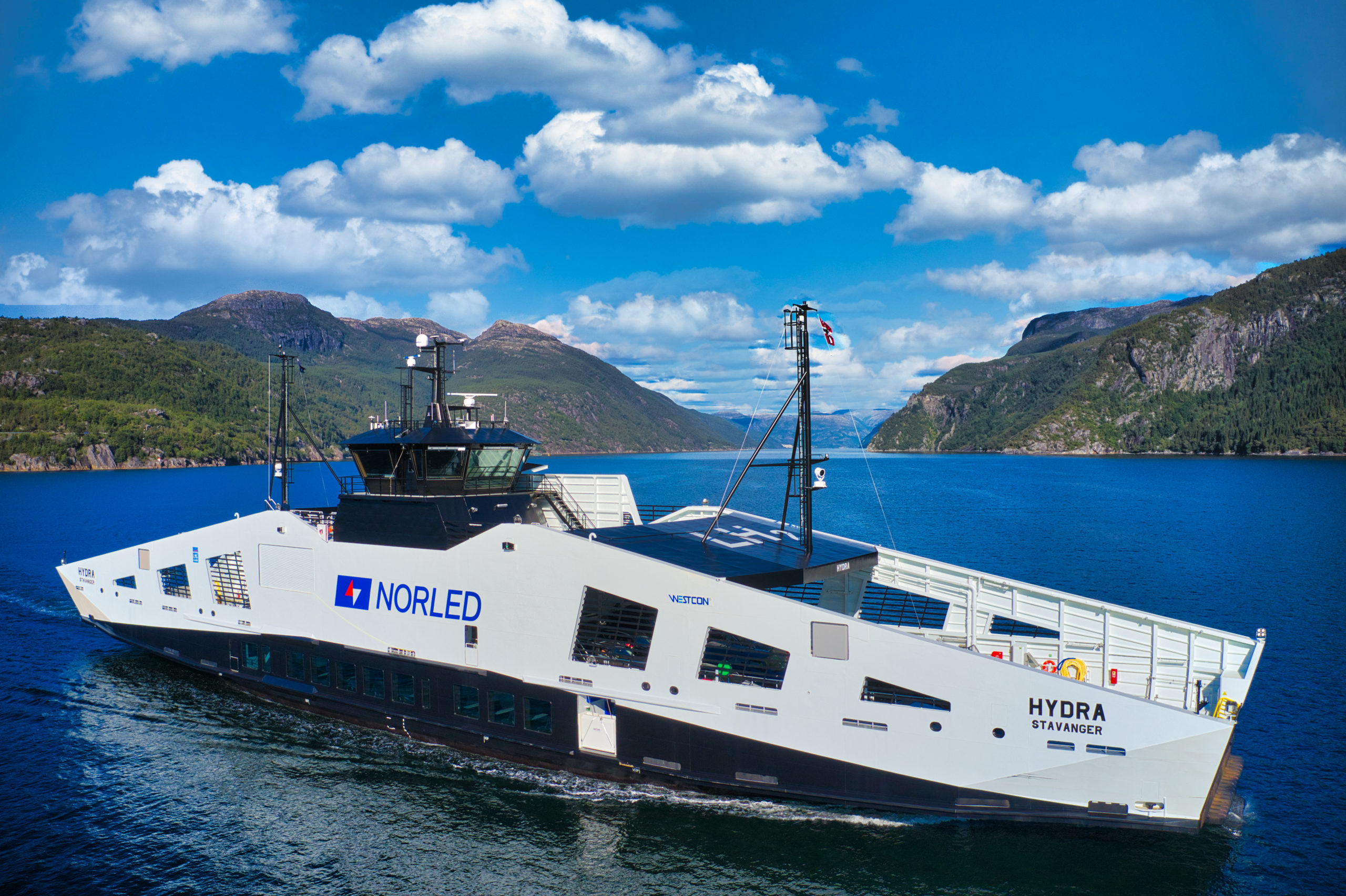 Skipsrevyen has awarded MF Hydra, the world’s first hydrogen powered ferry, Ship of the Year 2021. The Norwegian Minister of Transport Knut Arild Hareide handed out the award on board the ferry on Wednesday September 8.

MF Hydra was built for Norled at Westcon Yard and designed by LMG Marin.

“The combination of hydrogen and electrical power makes MF Hydra one of the most environmentally friendly ferries in the world. Hydrogen, which is a zero-emission fuel, also shows promising signs of being an alternative fuel for ships, even over longer distances,” said the leader of the jury’s and editor-in-chief of Skipsrevyen Gustav Erik Blaalid.

“MF Hydra is the first hydrogen ship approved by the Norwegian Maritime Directorate, the Norwegian Directorate for Civil Protection and Emergency Planning (DSB) and Det Norske Veritas (DNV). Through the project, knowledge has been developed that will have great transfer value to a future fleet of zero-emission ships, and thereby contribute positively to reducing emissions,” said Blaalid.

“This recognition means a lot to Norled. MF Hydra is a vessel we have worked on for several years, invested a lot of time and effort in, and collaborated with many on. This is an award we share with all our partners,” said CEO of Norled, Heidi Wolden.

MF Hydra marks the start of the hydrogen adventure. It is a milestone for the industry and for Norled. In 2014 we were honored to win Ship of the Year for MF Ampere. It was also the start of an electric revolution in the ferry industry. Six years later we have won the award with a hydrogen vessel, MF Hydra.

“The key to a successful succeed with the green shift and the hydrogen vessel MF Hydra is clearly cooperation. Collaboration with our suppliers, our employees, and clients. Without the clear vision and will from the Norwegain authorities to choose new green solutions and invest in them, we would not have achieved this,” said Heidi Wolden.

Ship of the year is the industry’s most prestigious professional jury award for Norwegian ship technology and innovation. The prize is awarded annually to a Norwegian-built ship at a Norwegian shipyard.

Receive CapMan updates to email according to your interests

We use cookies on our website to give you the most relevant experience by remembering your preferences and repeat visits. By clicking “Accept All”, you consent to the use of ALL the cookies. However, you may visit "Cookie Settings" to provide a controlled consent.
Cookie SettingsReject All Accept All
Manage consent

This website uses cookies to improve your experience while you navigate through the website. Out of these, the cookies that are categorized as necessary are stored on your browser as they are essential for the working of basic functionalities of the website. We also use third-party cookies that help us analyze and understand how you use this website. These cookies will be stored in your browser only with your consent. You also have the option to opt-out of these cookies. But opting out of some of these cookies may affect your browsing experience.
Necessary Always Enabled